The countdown has begun — with less than 10 years left to achieve the SDGs in time for their 2030 deadline, it’s time to turn our dreams into actions.

The UN’s 17 Sustainable Development Goals represent a dream and vision for a peaceful, harmonious world that works for everyone. UNA-USA’s #MySDGDream initiative invites everyone, everywhere to share their dreams and ideas for achieving the global goals in their lives and communities.

To achieve the global goals by 2030, we need to get everyone involved. Sharing your story about why the SDGs are important to YOU in YOUR community can help shape the context for others to step up and join the effort. Tell us your SDG dream so we can elevate your voice to inspire others.

With great challenges come great opportunities; opportunities to initiate change, to grow, to transform ourselves, our communities, and ultimately our world at large.As we’ve observed history unfold this past year, we’ve been moved out of our comfort zones and there is no time to waste.

Reflecting on 2020 and setting the tone for 2021, with the participation of inspirational leaders of our San Diego community, we hosted our Annual Membership Meeting where we launched the year-long campaign #MySDGDream​. Did you submit your dream yet? Click on the button above!

“It really boils down to this: that all life is interrelated. We are all caught in an inescapable network of mutuality, tied into a single garnet of destiny. Whatever affects one destiny, affects all indirectly.”
-Martin Luther King, Jr. 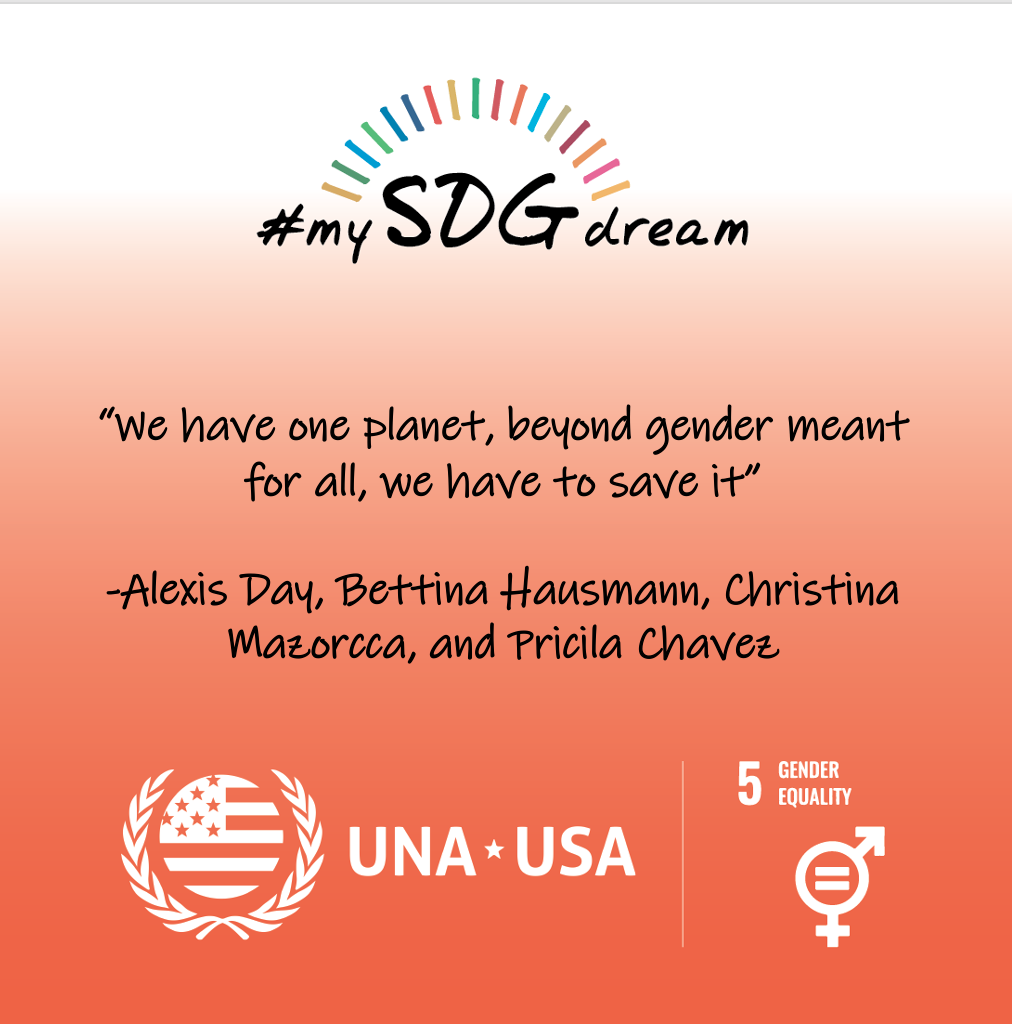 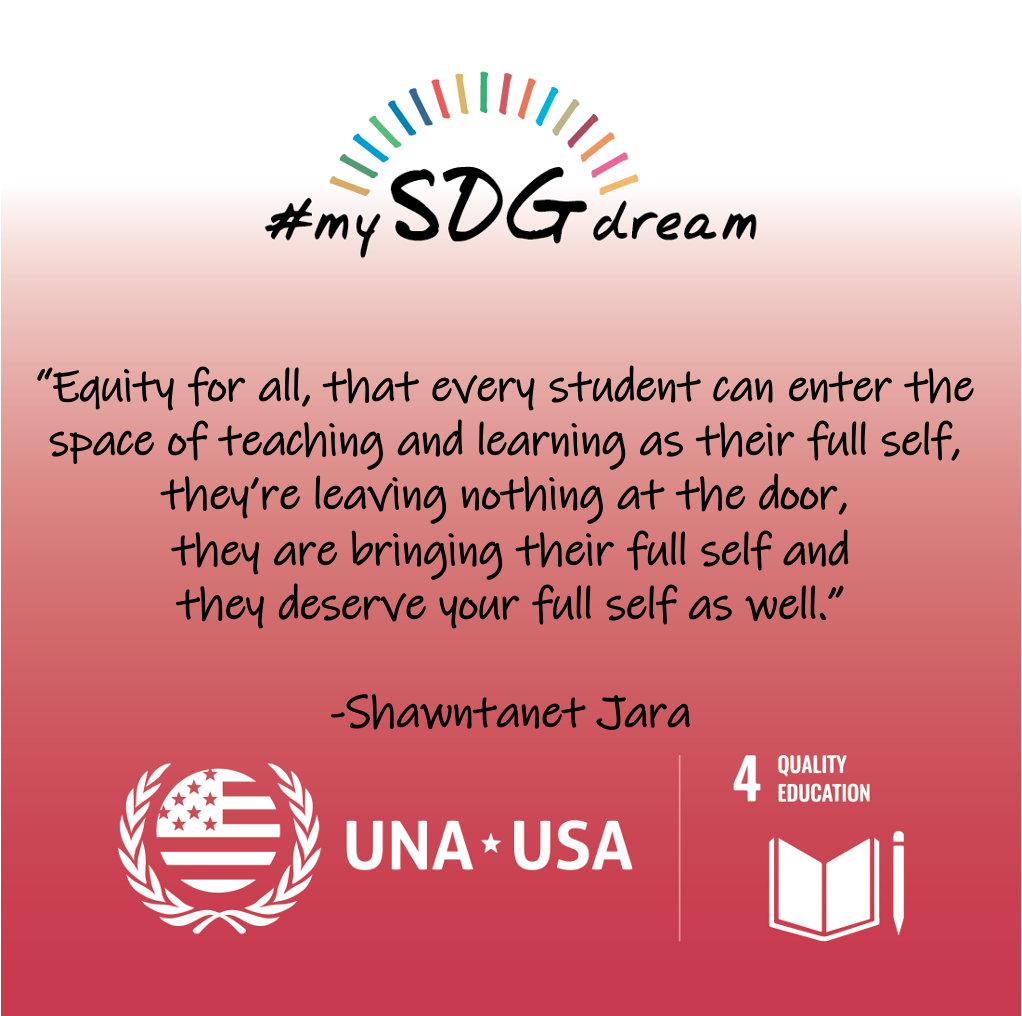 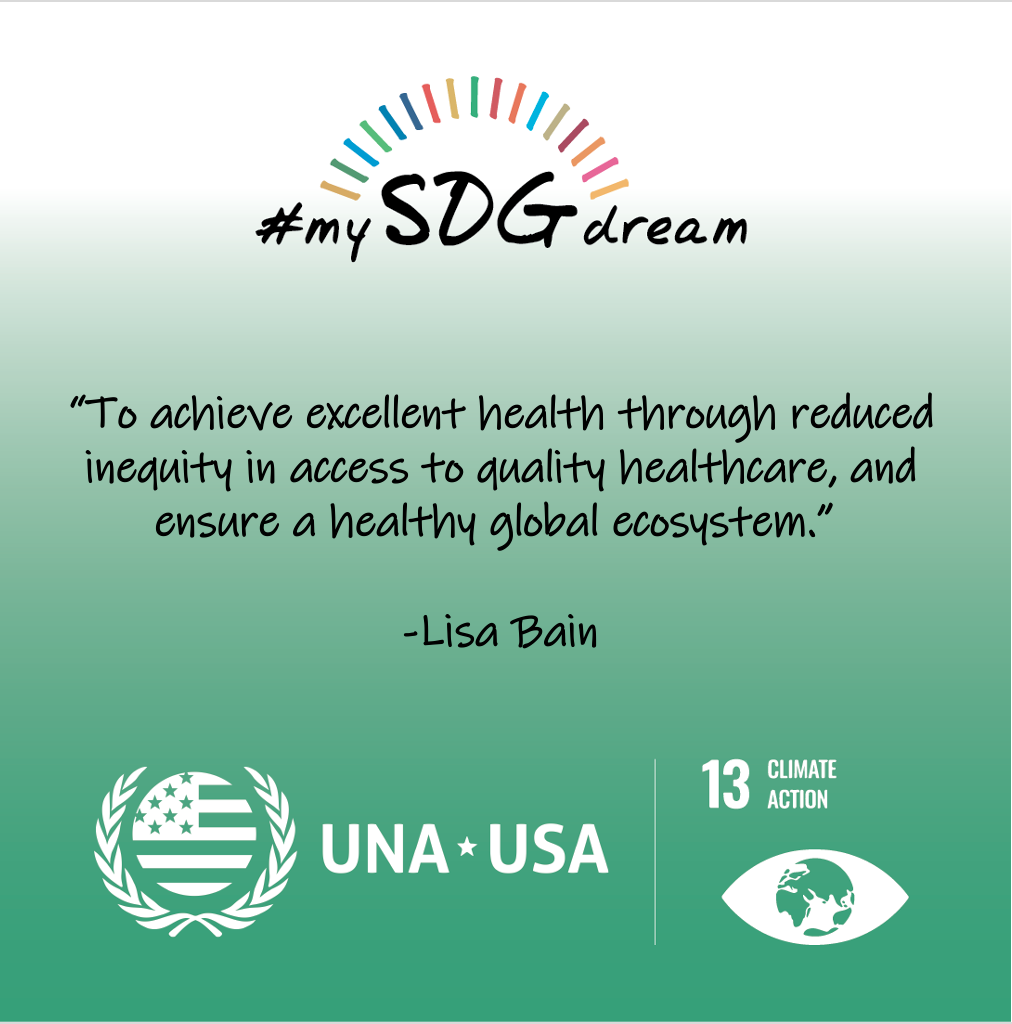 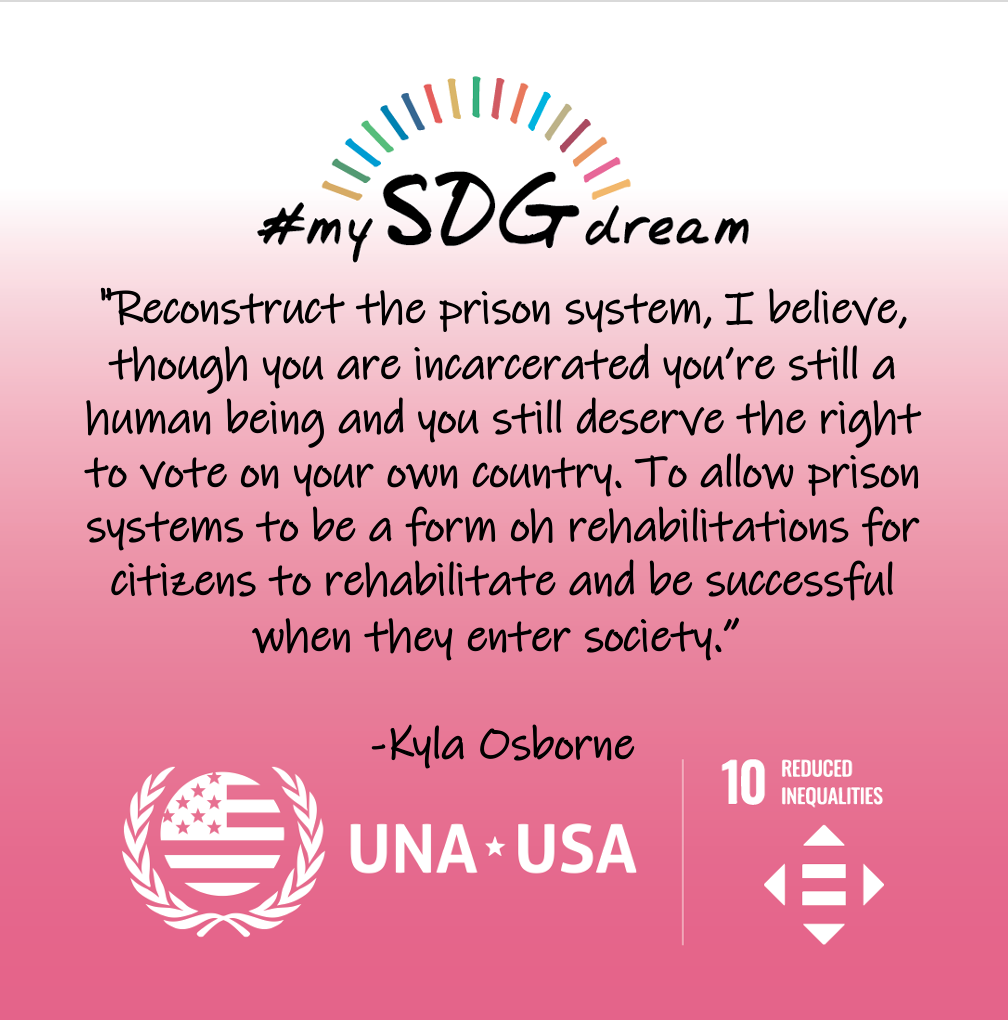 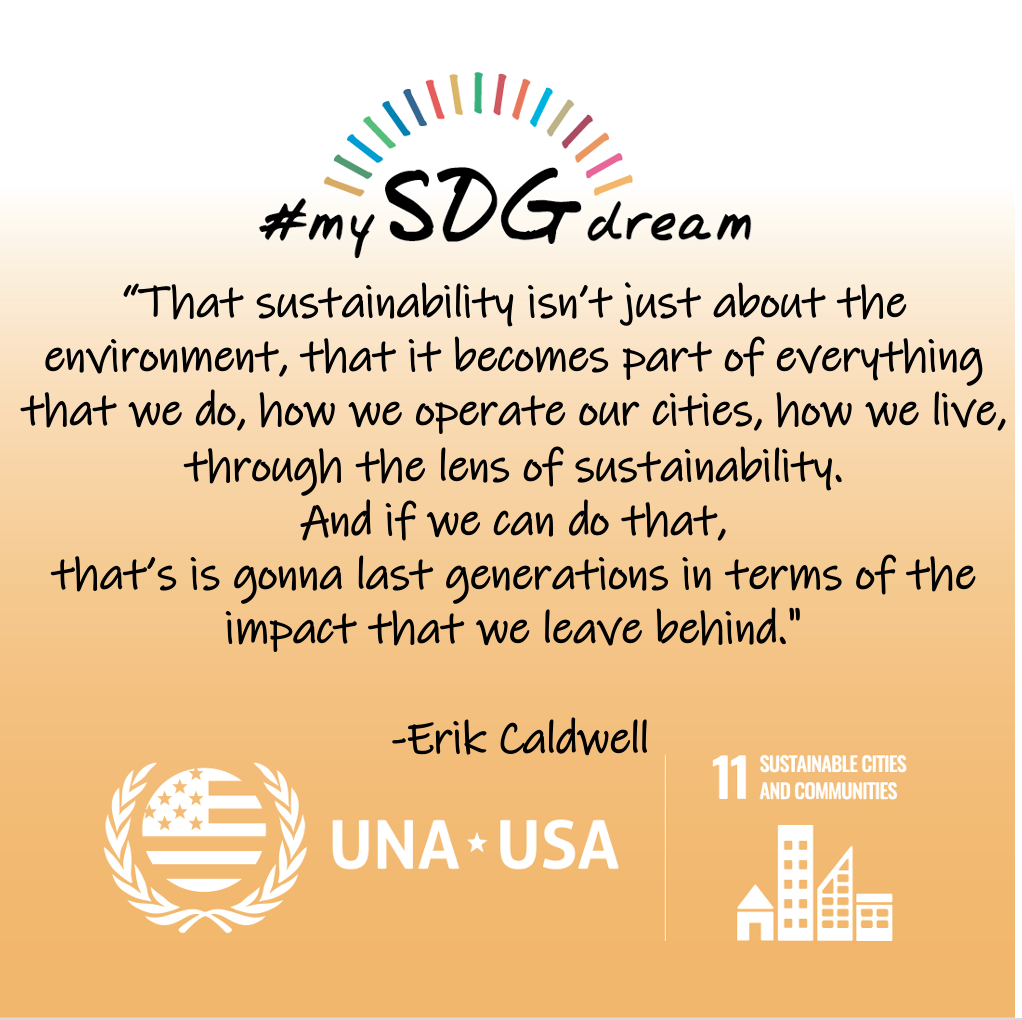 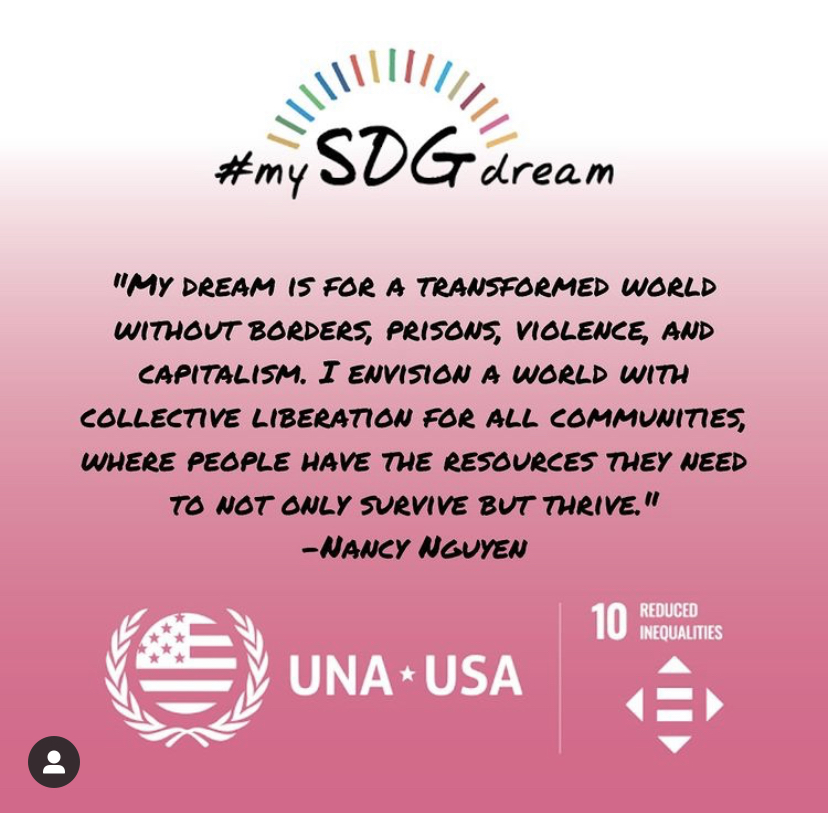 Kyla Osborne was born and raised in San Diego, California. She recently graduated from the Academy of Our Lady of Peace, now a freshman in college majoring in political science. Activism was first brought to her attention my sophomore year of high school when I participated in a march honoring the Birmingham Children’s Crusade. Taking on leadership positions in school that primarily focused on diversity and inclusion regarding students, staff, and faculty on her high school campus. Now, she hopes to find a fulfilling career that sheds light on the same.

Shawntanet Jara began her career as an elementary school teacher and as a Nationally Board CertifIed Early Childhood Generalist. After teaching in the classroom, she served as an Assistant Principal and Principal. She received her Ed.D. in Educational Leadership at UC San Diego and CSU San Marcos. Her research interests lie at the intersection of Culturally Responsive and Sustaining Teaching and Social-Emotional Learning. She is currently a principal and a part-time lecturer of Educational Administration at California State University: San Marcos. She is the 2016 recipient of the Chrispeels Doctoral Fellowship in Educational Leadership at UC San Diego and a 2012 District Teacher of the Year.

As Chief Sustainability Officer, Erik leads implementation of the City of San Diego’s ambitious efforts to reduce its greenhouse gas emissions. Under Erik’s leadership the city’s implementation efforts are focused on increasing the energy and water efficiency of facilities, furthering the use of renewable energy, expanding transit and alternative mobility choices, diverting waste away from our landfill, and preparing the city for the impacts of climate change. San Diego’s sustainability team is recognized nationally and internationally as an innovator in exploring how technology, renewable energy, mobility, climate resilience, and creative financing can accelerate San Diego’s transition into a post carbon future. Prior to taking on the CSO role Erik served in various other leadership positions within the City and private sector.

Lisa Bain is the Deputy Director of the US & Border Programs office of Project Concern International, an international development organization that was founded in San Diego more than 50 years ago.  After serving in the Peace Corps in South Africa, she returned to San Diego and began volunteering with the United Nations Association-San Diego, including serving as a board member.  Thanks to her time with UNA-SD she was introduced to PCI and participated in the Commission on the Status of Women, a trip that ultimately resulted in her meeting her husband! Lisa got her Master’s Degree in Public Health from UCLA, and currently  oversees programs that work to address health disparities in San Diego.