OUR PLANET
OUR FUTURE

THE CLIMATE IS CHANGING, SO SHOULD WE.

On October 24, 2019, our Chapter is commemorating the founding of
the United Nations with an open, dynamic and engaging panel. 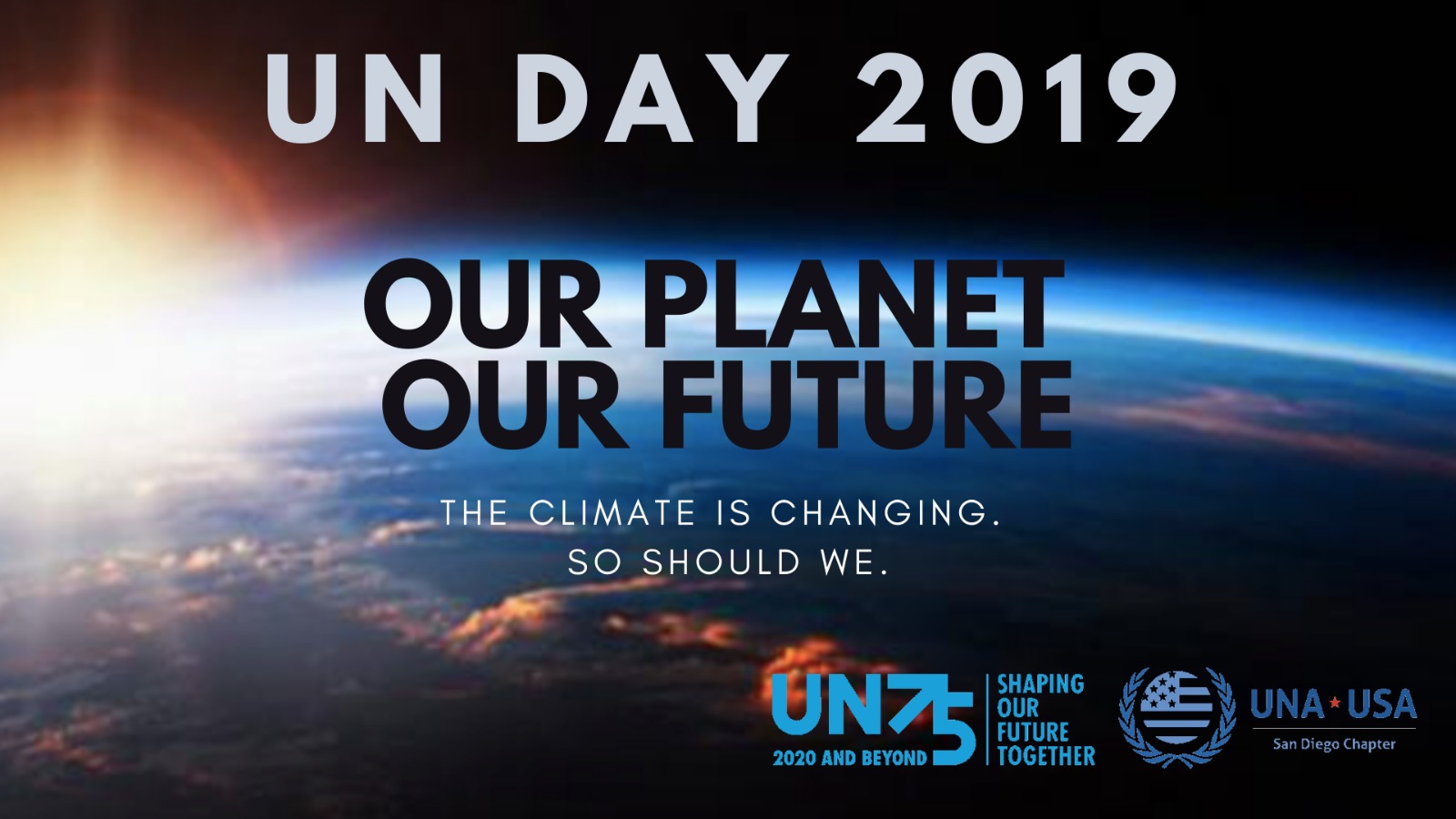 Moderated by our youth member and climate activist, Elea Castiglione, local experts discuss current state and best practices on resiliency and sustainability especially as these relate to the imminent climate crisis.

Take part in the discussion how collective actions and partnerships will ‘move the needle’ to ensure a habitable planet for current and future generations. 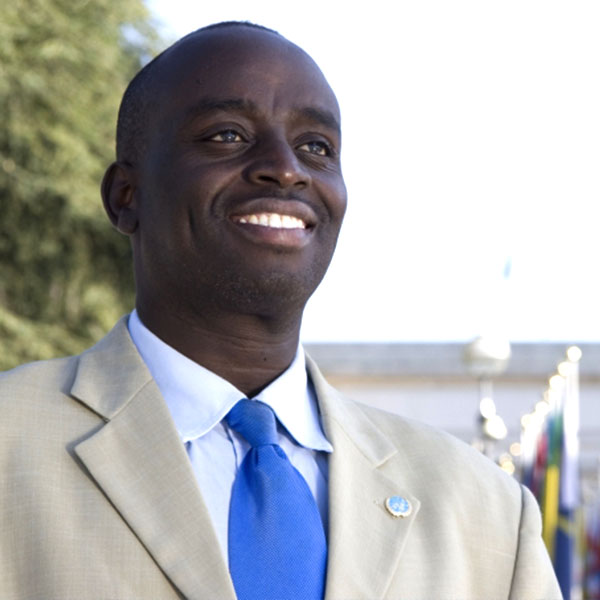 Chris Mburu has been doing human rights work for the last 20 years—first as an activist in his home country of Kenya; then while earning his LLM at Harvard Law School; and finally through work with such organizations as Amnesty International, Global Rights, and the United Nations.

Mburu’s work has primarily involved training human rights activists in different parts of the world in how to become more effective in human rights advocacy. He has also worked for peacekeeping missions, working to protect victims of mass human rights violations including genocide.

Currently Chris Mburu is heading the anti-discrimination section of the UN Human Rights Agency, based in Geneva, Switzerland; his work involves conducting research on discrimination and intolerance that could result in the commission of serious crimes.

A scientist with the Carbon Cycle and Ecosystems Group at NASA’s Jet Propulsion Laboratory. Dr. Podest is a visiting Associate Researcher in the Joint Institute for Regional Earth System Science and Engineering (JIFRESSE) at UCLA.

Erika’s research focuses on using Earth observing satellites, particularly microwave sensors, for characterizing and monitoring wetland ecosystems and seasonal freeze/thaw dynamics in the northern high latitudes as related to the global carbon and water cycles and climate change. She is working on the Soil Moisture Active Passive (SMAP) mission, a NASA Earth observing satellite that launched on Jan. 31 2015, which is improving our understanding of Earth’s water and carbon cycles and our ability to manage water resources.

She has countless publications and received recognitions for her work nationally and internationally. 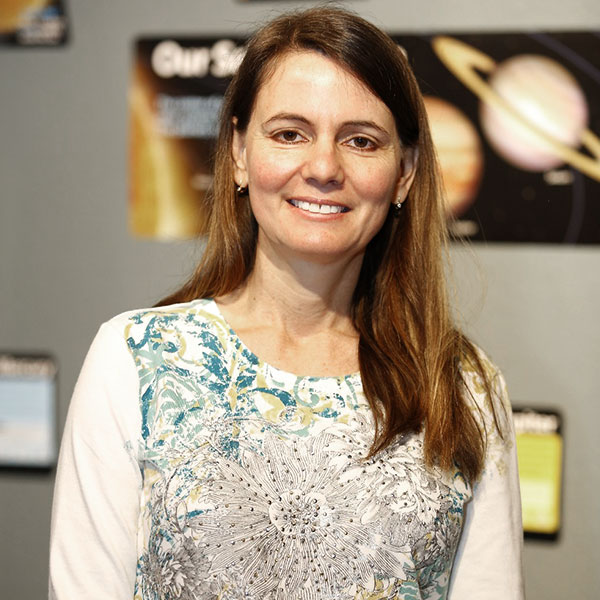 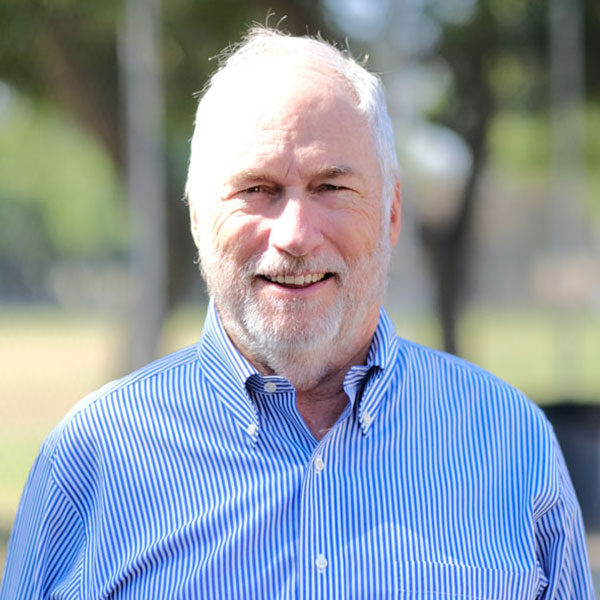 Grandson of Eleanor and Franklin Delano Roosevelt, Ford is spearheading the Project GRAD Los Angeles non-for-profit organization helping students and family successfully navigate the path to and through college.

A former Managing Director at Durlester Consulting, Inc., Roosevelt has extensive experience as College Relations Manager and Classroom Instructor. Project GRAD Los Angeles provides him to continue with his passion of high quality public school education for students in Los Angeles Unified School District (LAUSD). In a recent interview, Ford notes that he has “seen some tremendous changes come to Project GRAD Schools in the northeast part of the district. There are so many hard working students we get to work with, and every student deserves the best opportunities to pursue post-secondary programs and/or colleges…”

A truly exceptional youth activist, 15-year old Elea is our youngest moderator in the history of our Chapter.  Currently a sophomore at San Diego High School, she plans to study law and international relations to one day start a career in national or international politics.

Elea has been at the forefront of the Global School Climate Walkouts in San Diego, whereby she and her friends organized the walkout in September 2019 that locally involved thousands of people.  She perceives climate action not only as our civic but our moral duty “it is time to listen to the voices of the youth…to stand up for the planet that cannot stand up for itself.”

Empowered by this experience, Elea recognized that students are leaders with real power to change the system particularly as it relates to our shared planet and eco-system. Sharing the belief that climate no longer is a political issue yet whether or not humanity gets to continue to live on the planet for the generations to come she states “yes, people will attempt to make this a political issue, but really it is an issue of who believes in science and who will fight to leave behind a livable planet.” 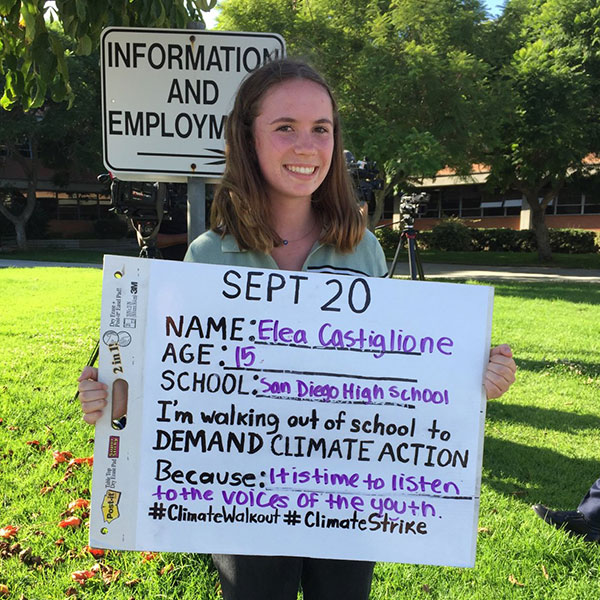 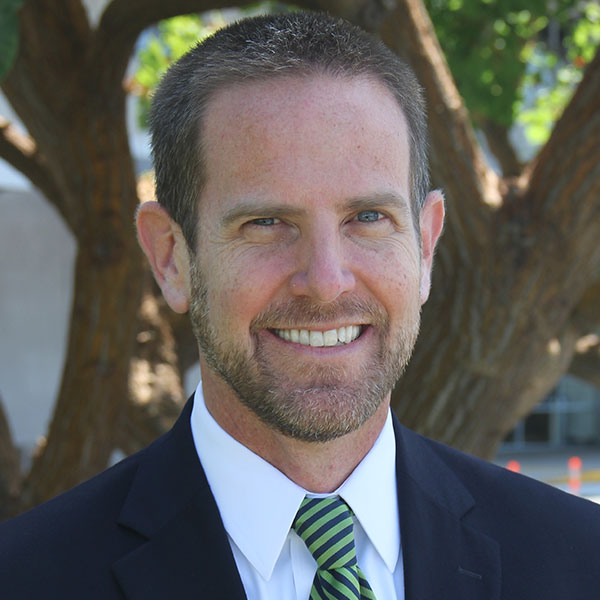 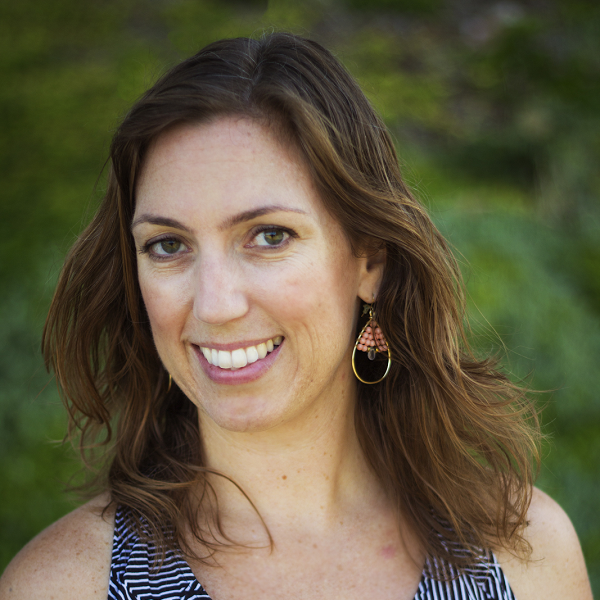 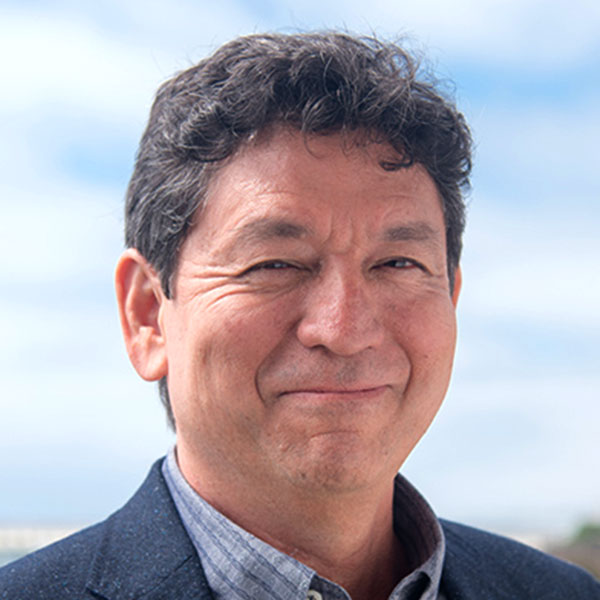 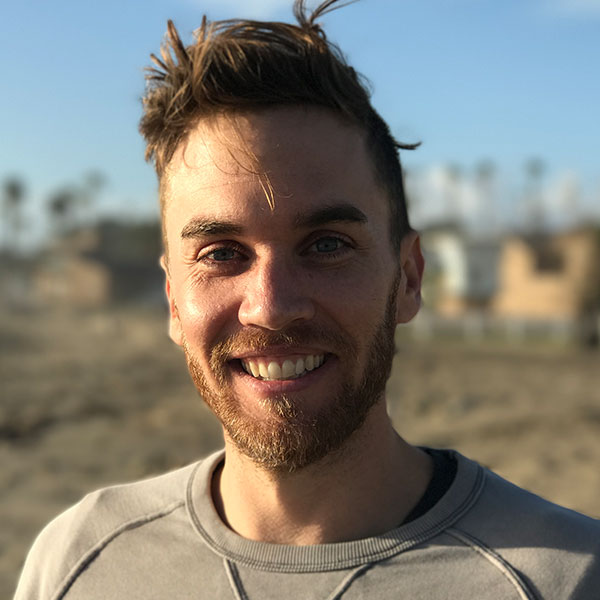 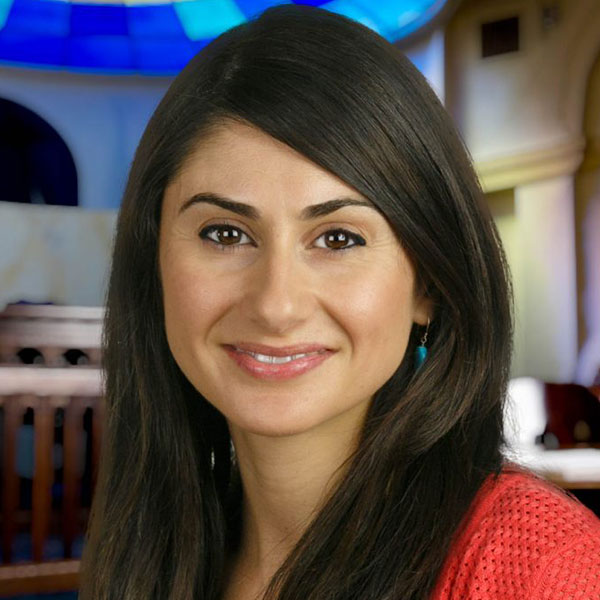 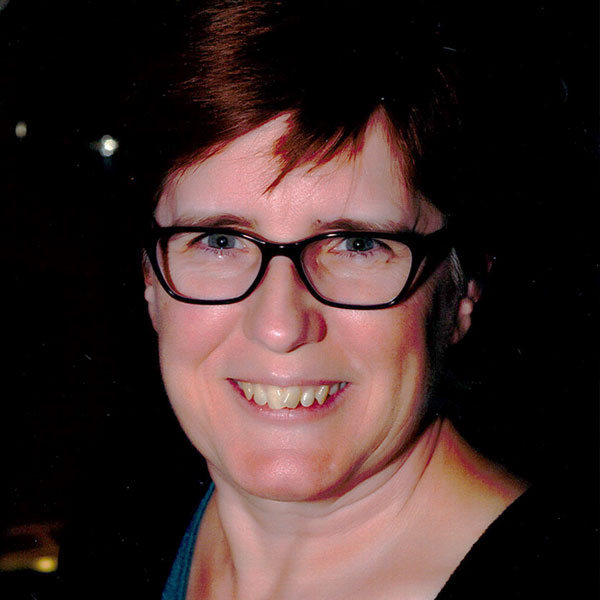